by Techno Web
in Trending
0

Google announced earlier this week that it would purchase Fitbit, the ailing manufacturer of fitness-focused wearables and smartwatches, for $2.1 billion. As tech acquisitions go, this one was small: Google valued Fitbit at a price equivalent to that of budget TV manufacturer Vizio back in 2016, a company whose value exists largely in its retail distribution network.

As I alluded to in the opening line, Fitbit isn’t doing well. Its stock peaked shortly after its IPO in 2015 around $45 per share, and even after the announcement of Google’s acquisition, sits at just over $7 today. This is because Fitbit’s newest products aren’t, well, good: its most ambitious yet, the Versa 2, has been subject to criticism almost entirely for the software it runs, while the hardware does little to set it apart meaningfully from manufacturers like Samsung and Apple. And hardware is what Google is after, with a blog post cleatly stating its acquisition of Fitbit is about future Wear OS devices, meaning you can probably kiss Fitbit’s unloved smartwatch OS goodbye. 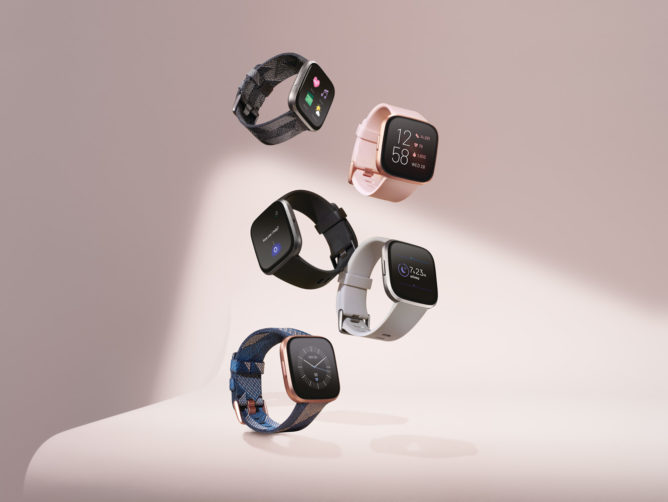 So, that means we can count on Google leveraging Fitbit’s renowned hardware to finally give Wear OS the horsepower and capabilities it needs to compete with Apple, right? Well, no. Fitbit’s smartwatches have been most lauded for their long battery life, which has historically been enabled by extremely slow but highly power-efficient processors. The Versa 2 allegedly comes with significant performance improvements, but as a smartwatch, it just isn’t very… smart. Michael Fisher points out in his review that the Versa 2’s near week-long life on a single charge is only impressive when looked at in a very generous light. The Versa 2 doesn’t have GPS, the battery only lasts that long when not using the always-on display (with AoD, it’s closer to 3 days), the watch itself doesn’t work for almost anything but fitness tracking on its own, and most of your interactions with it end up happening on your smartphone anyway. I can also tell you from experience that the Apple Watch Series 5 lasts about two days on a charge with the always-on display enabled (and Samsung’s watches last even longer), so Fitbit managing a day more which a much less useful watch isn’t exactly game-changing technology.

In short, Fitbit’s products are not ones Google should be excited about buying. The hardware is nothing special, and the software is clearly going in the dumpster. What has Google bought, then? The sad, very practical truth is probably patents and engineers. Fitbit does develop at least some of its hardware in-house, and likely has a decent number of patents related to fitness tracking and basic wearable technology, including those stemming from its acquisition of Pebble. Its product engineers would receive resources and tools at Google that Fitbit may not have afforded them. In short: Google’s purchase is almost certainly a speculative one. Google is hoping that Fitbit’s technology portfolio and its engineering talent can create a better, faster, stronger Wear OS watch. That isn’t the kind of acquisition that screams “our product is successful,” it’s one that looks far more like a Hail Mary from a company that is rapidly losing any hope of remaining relevant in the wearables space.

A more cynical view of Google’s acquisition might argue that this is more about Fitbit’s brand and users than anything else. If Google simply markets its in-house smartwatches as Fitbits running Wear OS, it would be more able to tap into Fitbit’s existing customer base and retail relationships. Customer base is something Wear OS is sorely missing at the moment, and Fitbit is a brand that many consumers recognize, albeit mostly for the company’s “dumb” fitness trackers, not its smartwatches. Speaking of, given Google’s focus on Wear OS as part of this acquisition, my guess is that those more popular but very basic trackers will be discontinued. In fact, my gut feeling is that Fitbit as a brand is going away entirely, because it is abundantly clear Google will want to leverage the Pixel ecosystem in promoting whatever smartwatch is birthed out of this acquisition. Pixel phone, Pixel Buds, Pixelbook, Pixel Watch. That part only makes sense. So, I think the chances that Fitbit will live on inside Google a la Nest are slim. Google also bought Nest when it was on a clear upward trajectory; Fitbit is an unprofitable, publicly-traded corporation arguably on its last legs. That’s probably not a brand Google would be excited to market.

That all leads us back to the big question: what is Google’s plan? Considering all the possibilities, and the information we have, I really wonder if Google actually has one. This acquisition feels far more like a top-down decision from executives who see Wear OS struggling, and found enough yes men to conclude that buying Fitbit could accomplish some nebulously corporate directive like “injecting new blood” or “doubling down on IP” to “accelerate growth and gain momentum.” And for that reason, I think anyone suggesting Fitbit will radically change Google’s approach to wearables is borderline delusional. Nothing about today’s news suggests big changes for Wear.

In a way, Google acquiring Fitbit is sort of perfect: the company that, after five years, has failed to build a successful smartwatch platform, is buying a company that not only did the same thing, but lost a lot of money doing it. Much like Wear OS itself, Google is investing in a loser.

You’ll have to excuse me for not being enthusiastic.

Save on Samsung, VIZIO, RCA, JVC and more

Google Stadia is live, but Microsoft’s xCloud already feels like the future of cloud gaming

How to force enable iMessage style texting on your Android Phone

Android TV getting Play Store redesign, will hit users over the coming weeks